It is my contribution, a quilt square, to the international Craftivist project, Universal Declaration of Human Rights Quilt (#UDHRQuilt), I’ve done Article 29.

Below is an image of my Nanny (right), and her dearest sister Betty (left). They were extremely close to one another and, extremely loving to me…

This is a photo of my maternal grandmother (my ‘Nanny’), wearing the blue housecoat – her Warrior Robe as my mother called it. You can barely see the small keychain ring attached to her zipper in the photo, but it was critical to her independence in many ways. It was there to help her get in and out of this on her own, for as long as that was possible. Ruby died of ALS – which is a tragic deteriorating decease that takes your muscles, but not your mind – but she lived in love.

For the UDHRQuilt project, we as artists were encouraged to use recycled materials as our base fabric upon which to embroider. My mother, Annette Sercerchi, has kept this robe in her closet since Ruby died in 1988, and I asked her if I could have the honour of removing a section of the Robe to embroider my Article 29 upon…

So, this is my finished work, in honour of both Nanny, and the love that she shared with Mum, Bette, my sister Rian, my father Bud, me, and so many others.

About The UDHR QUILT PROJECT

The UDHR Quilt Project is a global collaborative craftivism project that looks to celebrate the Universal Declaration of Human Rights (UDHR) through the creation of a quilted wall hanging embroidered with all thirty articles of the UDHR. This project also aims to raise awareness about the numerous ways that the UDHR is currently being violated and to raise much needed funds and awareness for the UN Refugee Agency UNHCR.
Originally, project coordinators Stephanie Dunlap (Phoenix, USA) and Tal Fitzpatrick (Melbourne, Australia) were hoping to find up to 30 embroidery artists willing to volunteer their time to collaborate on this project. The idea being that each artist would embroider one article out of the thirty UDHR articles and that these ‘blocks’ would then be used to create one large quilted wall hanging. However, the response to the artist callout (shared solely via Instagram and Facebook) was so significant that within the space of a week enough artists had volunteered that we decided to make four UDHR quilts instead of just one!
As part of this project each article of the UDHR was embroidered four times in order to make the 120 blocks needed to make the four UDHR quilts. Artists were invited to stitch their UDHR article in their own language/s and to use their block to shed light on a current human rights issue or to celebrate the achievements of those who have fought for equality and human rights around the globe.
In total there are over 120 contributing artists working on this project. Some are first time embroiders, some are hobbyists, while others are trained professionals. The artists live in over 22 different countries, represent over 41 different nationalities and are aged between 19 and 62 years old. While the majority of our artists identify as cisgender females several artists identify as queer, lesbian, non-binary and genderqueer, including one queer male artist. In an effort to be more inclusive of our diverse community of makers, and of the diversity in our modern world, we chose to update the UDHR slightly by changing all the pronouns in the UDHR document to be gender neutral.
The artists were given three months to work on their block. Currently, Tal Fitzpatrick is waiting for them all to arrive via the post at her studio in Melbourne, Australia. Once the all arrive Tal will host several quilting bees during which she and other local makers will work to create four large appliqué quilted wall hangings using the 120 UDHR blocks (they finished quilts will be approximately 2m x 2m each). In the meantime, Stephanie Dunlap will be working to collate a four-part book that will feature every artist involved in the project along with their UDHR quilt blocks and tell the stories behind each of the 120 UDHR quilt blocks.
Once the quilts and the books are finished we will then send the quilts on a world tour so that they can be be exhibited in as many different communities, galleries, libraries, museums etc. around the globe as possible. During this time, we hope to find four different public institutions/galleries/museums that would be interested in accepting one of the quilts into their permanent collection so that these works will be preserved and made available to the public for many generations to come.
All profits made from the sales of the books, as well as from the sales of postcards, posters and prints related to this project will be donated directly to UNHCR on behalf of the 120+ artists who donated their time and skills to be involved in this project.
For more information on UNHCR or to donate to this worthy cause please visit: http://www.unhcr.org/en-au/figures-at-a-glance.html.

-The project has already been covered by Bust Magazine (US), Patchwork Professional (Germany), and MindFood (Australia). It is a craftivism project initiated by Tal Fitzpartick from Melbourne Australia. 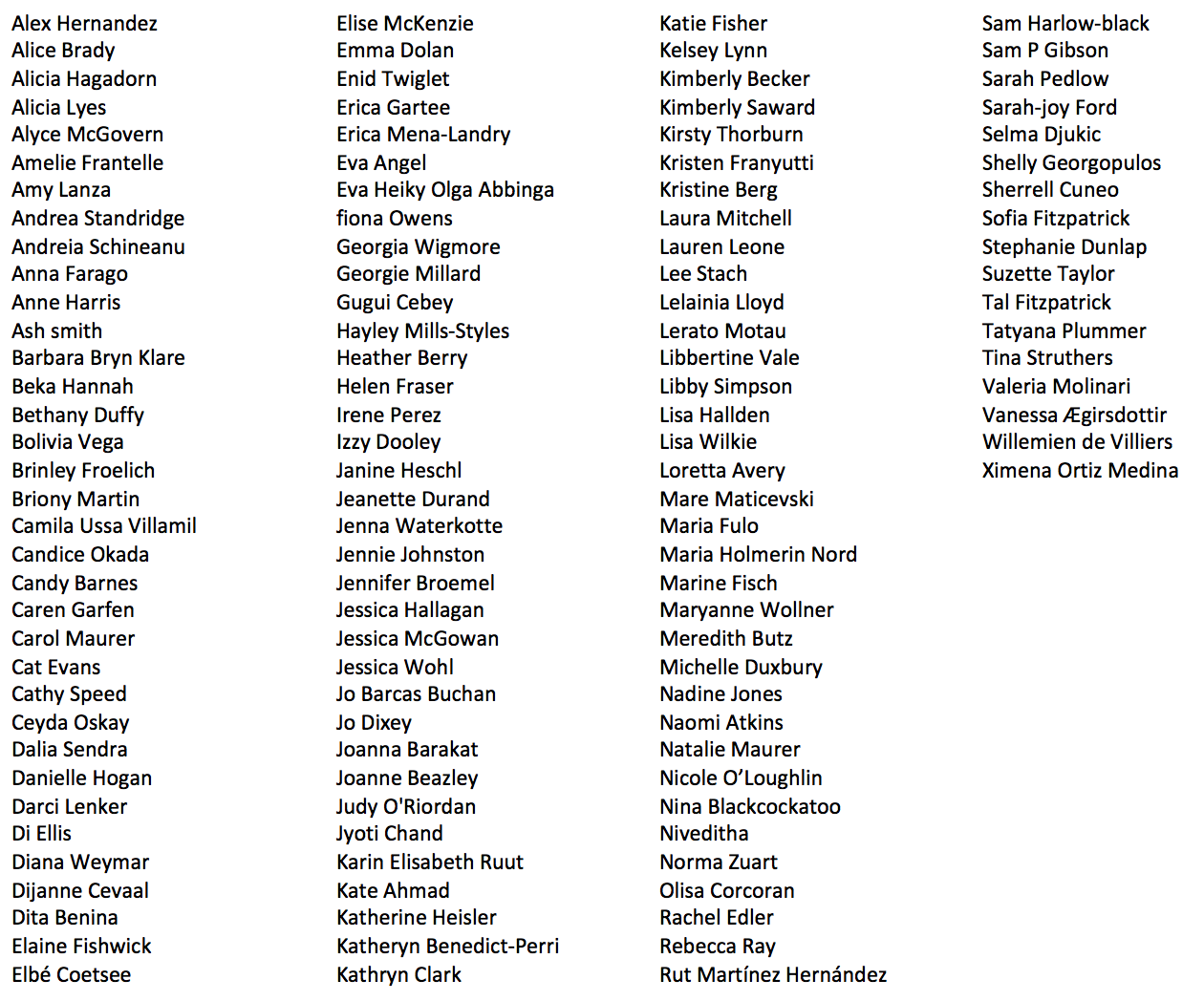 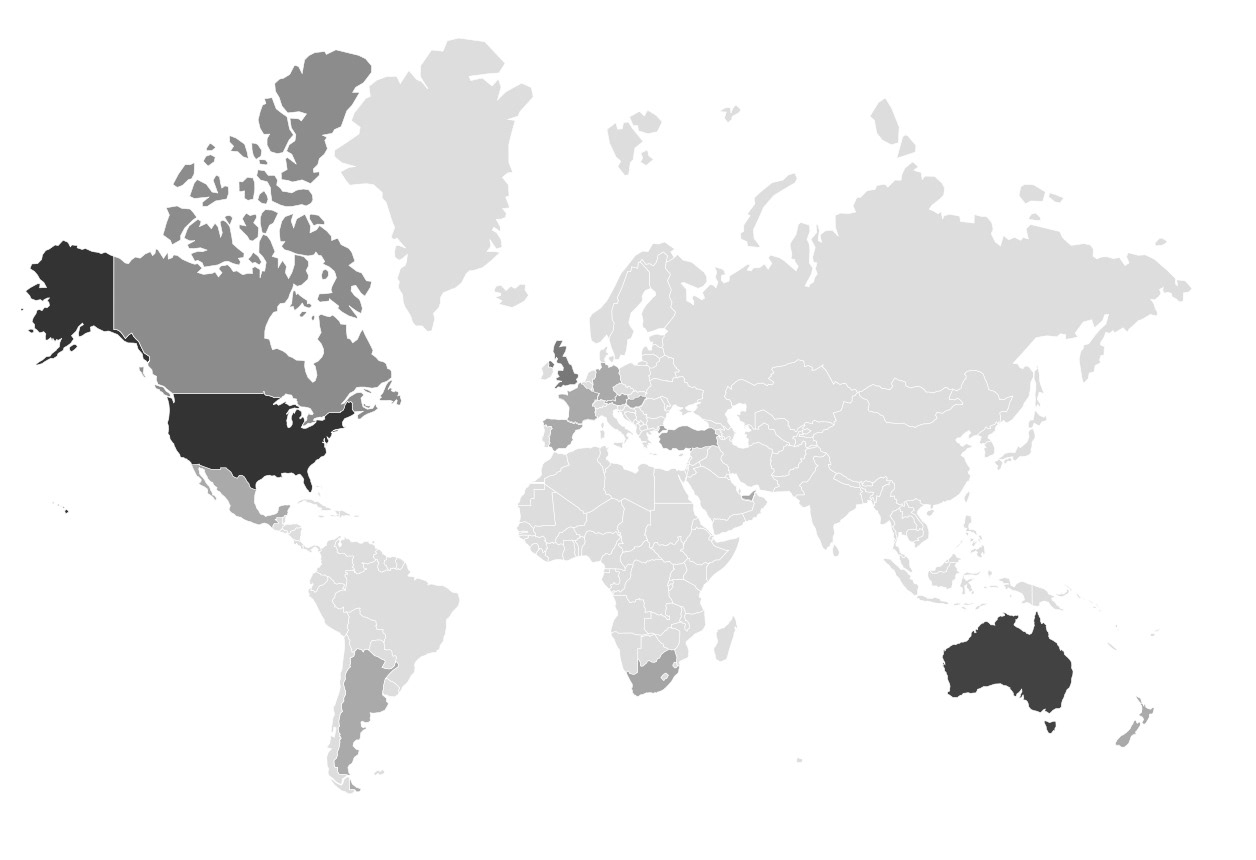