Last Friday I had the opportunity to see Sheila Hicks‘ work at the Textile Museum of Canada (TMC). Whoot Whoo!!

For years I have loved Hicks’ work. She moves with incredible skill and facility between gathering, wrapping, twisting and stacking her materials, on to detailed and traditional modes of weaving with warp and weft. 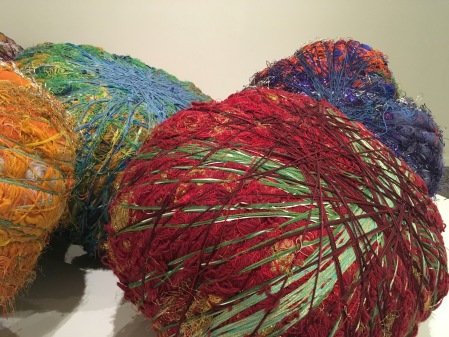 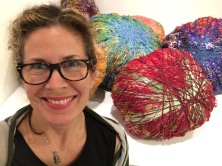 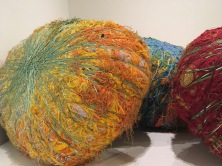 *The photo with me in it is to try and give an idea of the size of these wrapped works. The large works are approximately 2′ square.

I found so many things interesting about this exhibition at the TMC. One such things is how Hicks discusses her wrapped pieces. In an audio interview included in the exhibition Hicks tells how, as a young mother working in South America, she was faced with the task of packing up her studio for a move back to France. She found that she had so many scraps of beautiful fabric, objects of clothing many of which were full of holes or no longer fit her children, as well as loose threads of mixed-fibers which Hicks’ could simply not bring herself to part with. In the end, her solution was to wrap assortments of the mixed materials together as tightly as she possibly could. That act was a solution to the initial, and pressing problem of fitting all of her precious bits-and-scraps into her numbered shipping crates. However after the crates were shipped back to Paris, Sheila Hicks when back to wrapping and wrapping and wrapping in her studio. Eventually she resolved that during her packing in South America she had become interested in the wrapped objects in and of themselves. The (concealed/revealed) objects read as memory, containment and concealment; as gifts, as ‘preservations’ which suggest a variety of ideas to our subconscious.

*The wrapped works below are much smaller then the ones pictured above (the largest might be approximately 12″x 12″). This photo is a panoramic shot of one wall in the gallery at the Textile Museum of Canada. 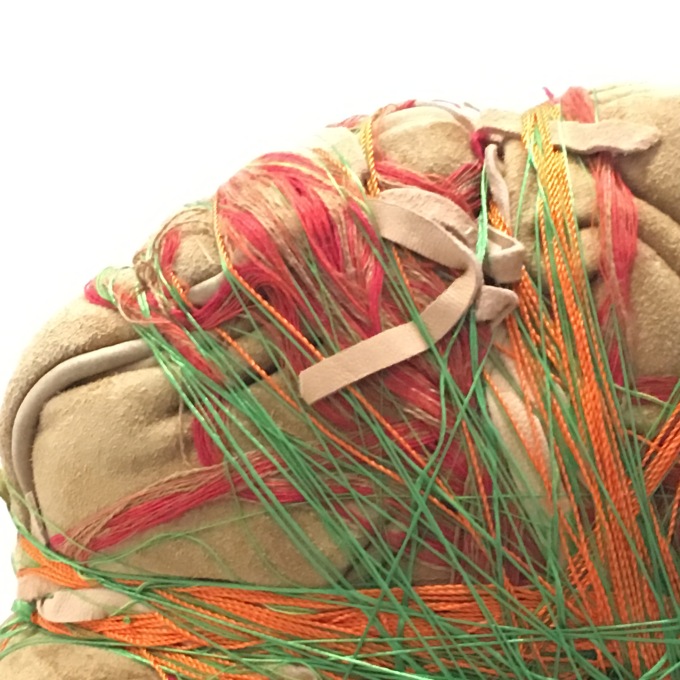 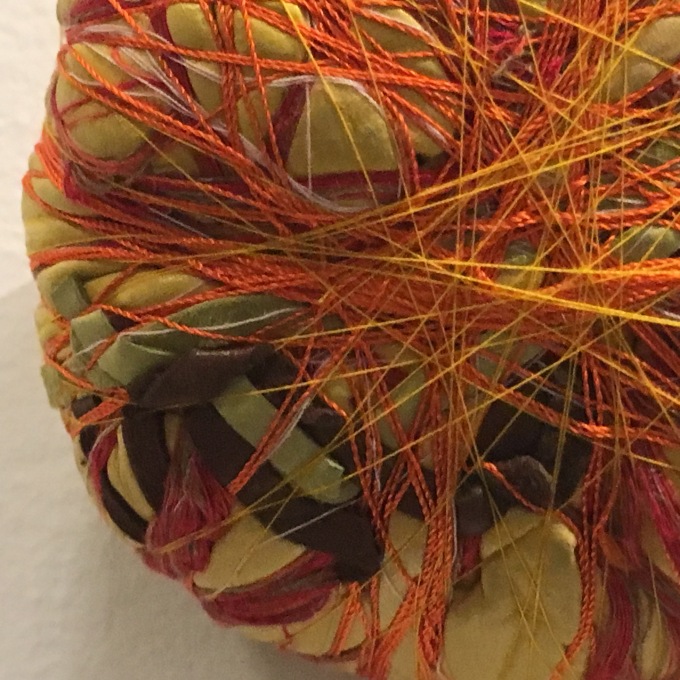 An avid student of architecture and archeology, Sheila Hicks continued to study the affect of her pieces and eventually discovered that the packaged pieces brought to mind potent examples of other forms of wrapping from a variety of cultures. For example the historical Egyptian ritual of wrapping bodies as preservation, and other objects such as the Japanese art form of elaborate wrapping for gift giving. 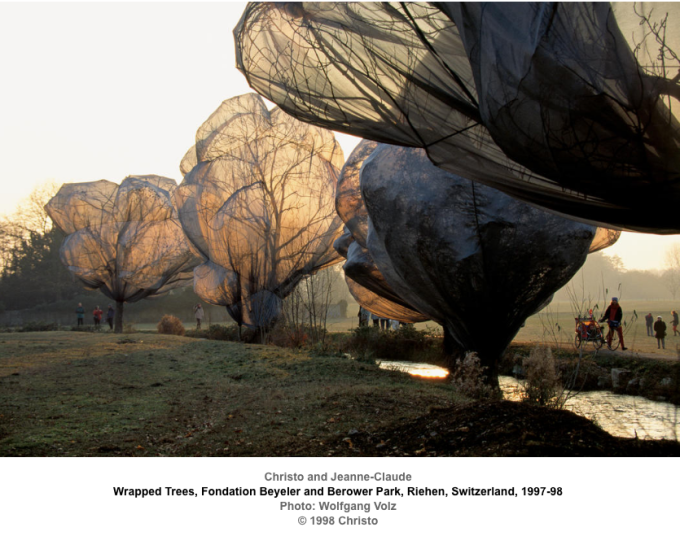 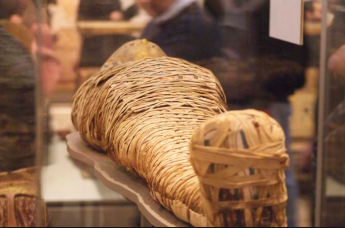 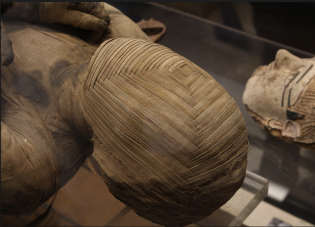 (These photos are from the Metropolitan Museum of Art website.)

I am additionally interested in the relationship between Hicks wrapped pieces, and simple balls of yarn. Seeing Hicks’ work at the Textile Museum of Canada reminded me of the first time that I heard Canadian born artist Jessica Stockholder give a talk about her work in the late 1990s. She was describing a sculpture that she had made from dozens and dozens of stacked skeins of blue and yellow yarn. She described that once she had constructed the large modernist cube-of-sorts from yarn, she then painted orange paint over one end of the form – creating an interesting contrast.. 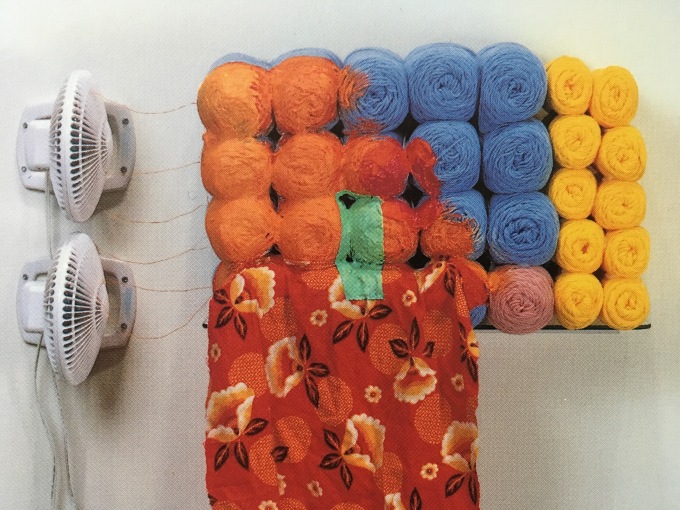 Stockholder talked to us (I was then a student at The Emily Carr Institute of Art and Design University) about how she loved looking at the yarn cube knowing that that the blue and yellow colours went all the way through the block –that the cube WAS those colours – it was not simply a ‘façade’. Stockholder explained to us about how important that knowledge (that sense of rich and deep colour – the physicality of it) was in direct contrast (or relationship) to the cover of paint which she poured over the one end of the sculpture. That poured-paint functioned as a skin, where as the yarn was the ‘meat’, or the flesh of the piece. To this day, I LOVE Jessica Stockholder’s work, and I do feel that Hicks’ works also have that ‘meaty’ visual weight about them. Hicks’ work is aesthetically – physicality – beautiful, and it also possesses a affect of ritual which I feel has to do with the variety of objects both seen, suggested, and concealed within her works.

I hope one day to be able to attend an exhibition of Hicks’ work were I can be in the presence of her most famous, extremely large scale pieces (from which much of the work in this Toronto show are taken). For now though, Sheila Hicks’ Material Voices exhibition left me incredibly inspired to get back to my own studio, and to get wrapping!

The following is a collage of additional images from Sheila Hicks’ exhibition at the TMC in Toronto. 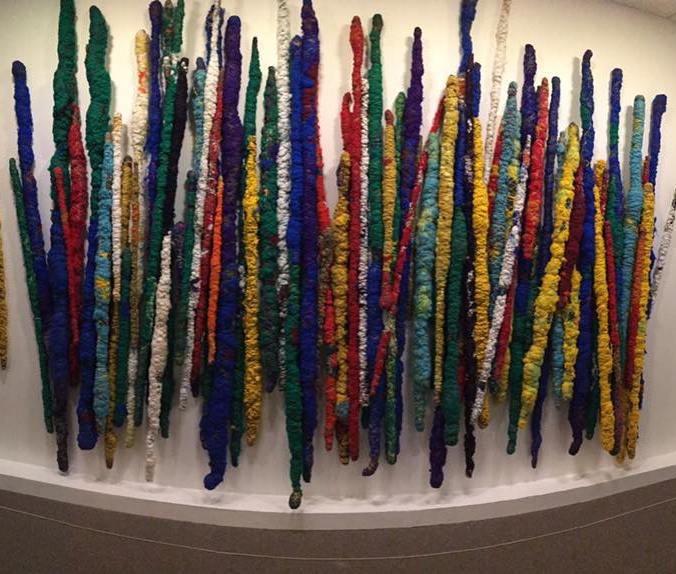 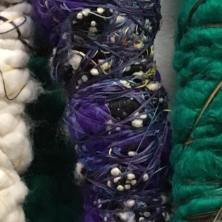 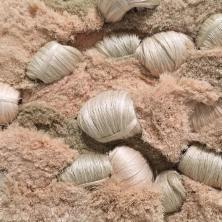 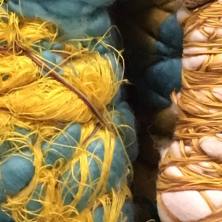 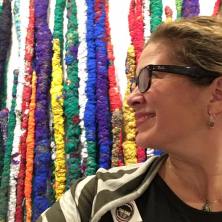 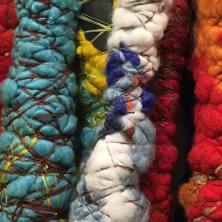 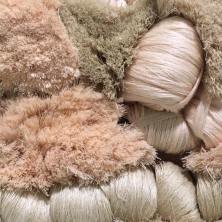 Later in the week, after some presentations at the Canadian Society for Education Through Art conference on Vancouver Island (the real reason I was on that trip West of New Brunswick), I had the opportunity to visit the visual arts studios at University of Victoria and noticed the most fascinating thing. The easels in the UVic painting studio put me in mind of Hicks large wrapped ‘sticks’ on the wall at the Textile Museum of Canada. See what you think of the resemblances from these photos that I took.. 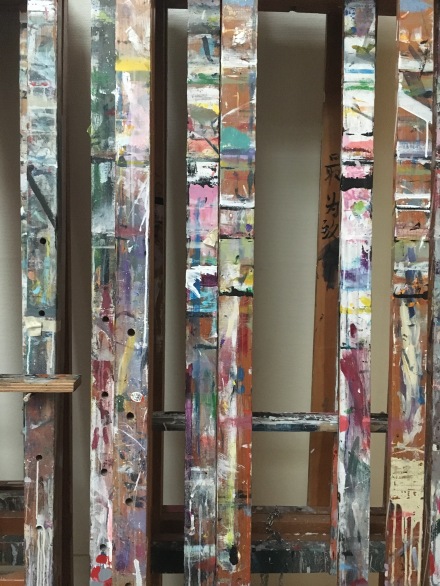 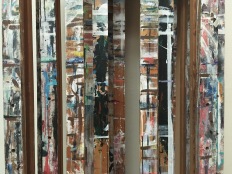 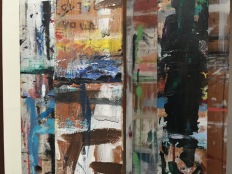 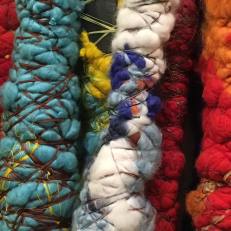 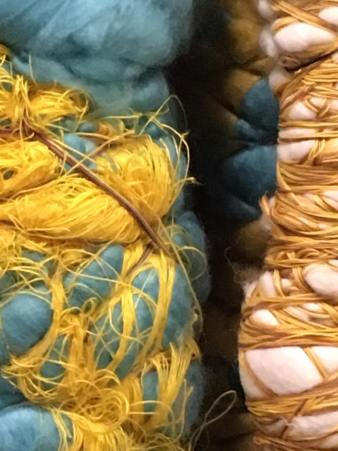 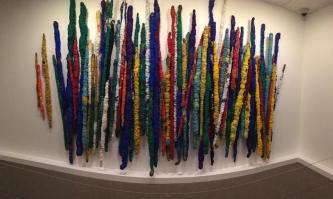 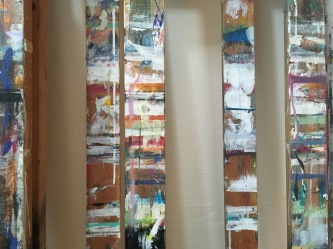 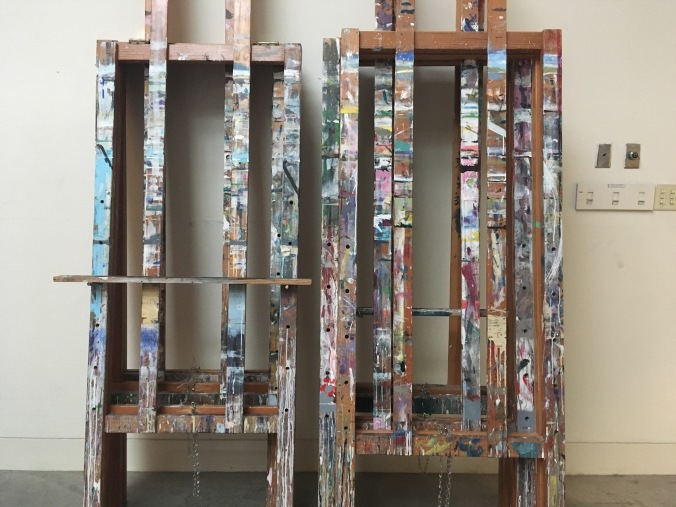