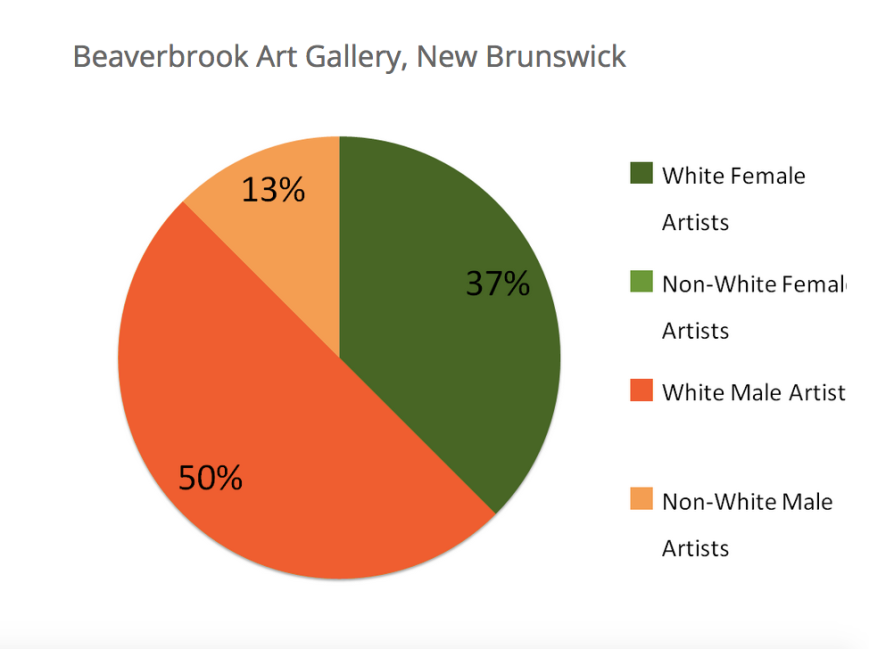 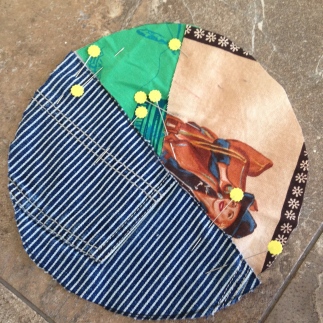 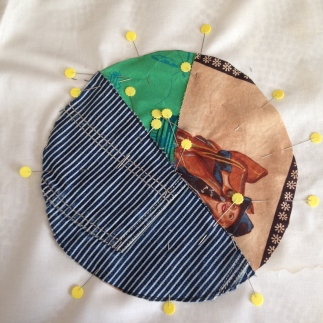 Ready to sew the legend on at the right. 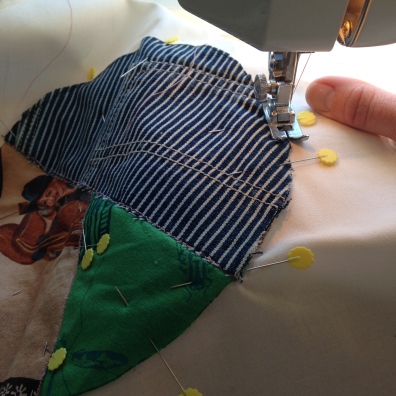 Cleaning up the treads on the back. 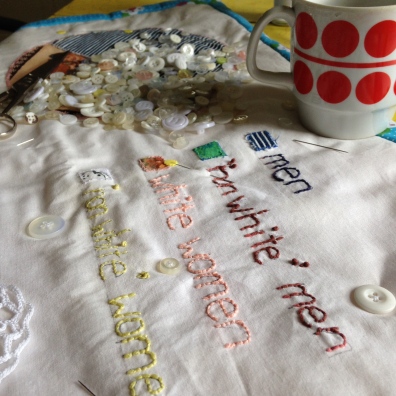 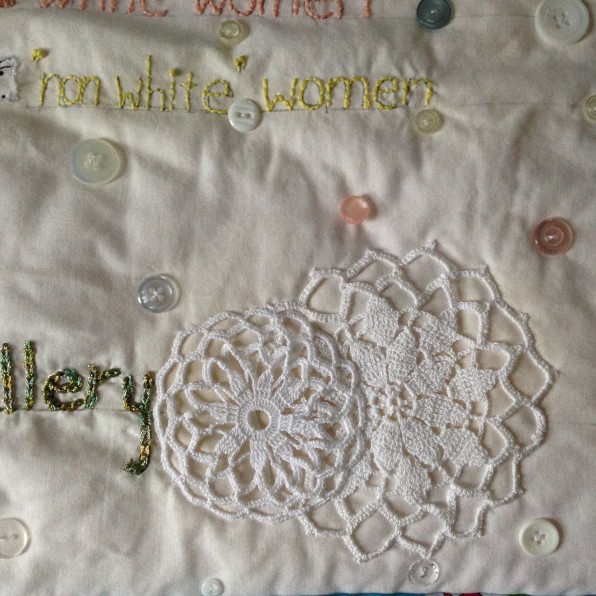 The finished piece (except for the citation).

Here I have embroidered the APA formated citation at the bottom of the work. Statistics are quoted from an april 2015 article that appeared in Canadian Art Magazine on line.

“Canadian Galleries Fall Short: The Not So Great White North”

One thought on “The making of a craftivist textile piece to be delivered to the Beaverbrook Art Gallery in Fredericton, NB”